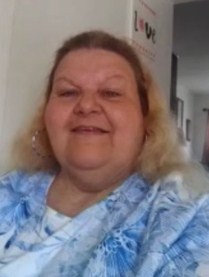 Details:
Debbie was a religious woman, a faithful churchgoer whose neighbors remember her as extremely nice and soft-spoken.

Debbie was stabbed to death by a man who was living in her apartment at the time. Neighbors heard her calling for help and called the police, but not break down the door to come to her aid; by the time police arrived, her injuries were too severe to survive.