Details:
Martina was stabbed to death by her father.

“If she were here, she would hug you. She would hug everyone,” Martina’s aunt told the court.

Source:
“I wanted the two of us to leave, but I had no luck”: the aberrant confession of the man who killed his 6-year-old daughter with a disability
Culpable: Manuel Ávila condenado por el asesinato de su hija de seis años
Declaró la vecina de Martina: «la nena era hermosa, un ángel», recordó 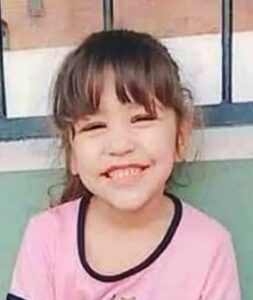 Details:
After being beaten by her mother’s boyfriend, Zamira was brought to the hospital, severely injured and bleeding internally, and died shortly afterward. During trial, her mother and stepfather claimed that it was her fault she had been beaten, because she couldn’t tell them she felt pain.