Details:
Tam, age 85, was killed by her husband, who then killed himself. The case was initially thought to be a double suicide before evidence came to light that Tam had been murdered.

Details:
This 9-year-old boy lived with his father in a house with an old, dirty swimming pool out back. There was no fence around the pool, nor safety locks on the door to the outside. Child protective services has reported that he had once been found wandering alone outside.

On the day he died, the boy’s father reported that he had left the back door open, and the boy had fallen into the pool. Instead of calling emergency services, he called the child’s mother, and then only called emergency services when she told him to do so. At first reluctant to retrieve the child from the pool because he was afraid of water and could not swim, he finally fished him out with a rake and did CPR. The boy was declared brain-dead at the hospital. 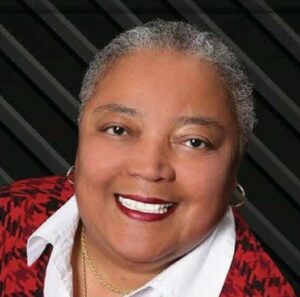 
Details:
Melissia and her daughter Joanna were both shot in their home shortly after the police, who were there on a domestic violence call, left. Melissia survived ten days in the hospital before dying from her injuries.

Details:
Suresh lived with his son and his grandson. His grandson killed both him and his son Milind by cutting their throats, then jumped to his death from the sixth floor.

Details:
Naomi died from stab wounds to the head and torso. Police say that her aide, with whom she had been in a relationship, called them and admitted that he had “stabbed someone”.

Details:
Jerome was born with epilepsy, and when she could not find a cure for him in the spiritual treatments she sought, his mother left him to his father to raise. A neighbor reported finding him close to death in his father’s home; shortly after being found, Jerome died.

Jerome’s mother says that his father starved him to death, and that photos of his body in an extremely emaciated condition corroborate her claims. Police initially declared that he had died of epilepsy; but Jerome’s death was eventually declared to be a homicide and his father and stepmother arrested.

Details:
Police found Nanako’s body floating in a lake, and her father, soaked with water, in his car in the parking lot. He allegedly kidnapped her from her special needs school, took her to the lake, and drowned her. He told police that his daughter’s disability was “a burden to [his] wife” and that he wanted to “escape this life”.

Details:
Ms. Inaba’s adult child allegedly punched her several times in the face, and she died from her injuries. Police said they reported being “tired of caring for her”.

Details:
Ekanthachari’s father reported his death as an accident, saying he had fallen from a tree. But a post-mortem examination found that he had died from assault.