Details:
This man lived with his wife in a supported living center. Believing that he would be better off dead, she killed her husband by slitting his wrist. At trial, she claimed it had been a mercy killing, but the prosecution noted that her husband could not competently have made a decision to die, and that there were indications that he wanted to live.

Details:
These two sisters lived with their parents. Both had chronic fatigue syndrome and were home-schooled. When the younger girl was diagnosed, her parents began planning to kill the whole family. Months later, they carried out a murder-suicide by strangling both girls and then killing themselves. 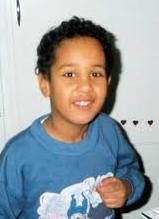 Details:
When Bobby moved away to a shack in the country with his mother and her boyfriend, his life became one of constant abuse. He died because his mother and her boyfriend stripped him naked and buried him in the snow, then took him back inside and put him in bed. There, he aspirated his vomit and died because he was too frozen to turn his head.

In happier times, Bobby visited his stepmother on her farm. He loved riding and grooming their pony, and happily rode on a tractor with her husband.