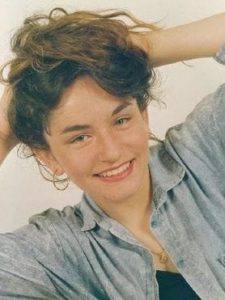 Details:
Sarah-Jane’s body was found in her bathtub, where it had been for months after her murder. In the interim, her partner pretended she was still alive in order to collect her disability pension.

Sarah wanted to become a model when she was younger and went to school for it, but the diet pills she took to stay thin were the beginning of her problems with eating disorders and drugs. She became the mother of four children, but was unable to care for them because of her addiction. She wanted to become a counselor to help others.

Details:
Carolyn was shot dead by her son.

Source: Man Charged with Murder of Mom Who Used Wheelchair

Details:
Bertha was shot dead by her husband in a murder-suicide.

Details:
For some time, Yasuko had been asking her son to buy her a powered wheelchair; eventually she bought one for herself. Yasuko’s son, angry she had bought a wheelchair he said he couldn’t afford, suffocated her to death.

Source: Mie cops: Man killed disabled mother over wheelchair purchase
Man kills his mother because she bought a wheelchair without his permission

Details:
Kazuko’s sister killed her with a knife, then committed suicide.

Details:
Carmina was shot by her father in a murder-suicide. He also killed her mother, Elena.

Carmina worked at Goodwill and was on a Special Olympics swim team. She enjoyed cycling and went to camp every summer.

Antonio Tucci was a retired baker.

Details:
Payal and her 8-year-old sister were tortured by their stepmother when their father was away at work. Payal’s stepmother tried to pass off her death as a natural one, but police saw the marks of abuse on her body. Payal may have died when she was strangled, or when she had her head slammed into a wall.

Details:
Adrian was confined to a bedroom, where he was beaten by his father and starved by his parents. When he died of starvation after having been confined to a shower for the last month of his life, his father fed his body to his pigs.

Source:
Prosecutor: Abuse charges just ‘tip of the iceberg’ in Michael Jones case
Stepmom enters plea in death of Kan. boy; remains found in pig pen
US stepmother pleads guilty to murder of boy fed to pigs
Kansas woman gets life term in 7-year-old stepson’s death
Life sentence expected for father who confessed to killing son, feeding body to pigs
Father to be sentenced after abusing, killing, feeding son to pigs
‘Daddy keeps hitting me’: Boy who was killed, fed to pigs told authorities about abuse
Father who tortured, killed 7-year-old Adrian Jones sentenced to life in prison
A life of torture: Kansas boy was starved, beaten for years until he died and parents fed him to pigs
Social worker knew 7-year-old was killed and fed to pigs was being tortured

Details:
Helious was born on Christmas Eve and named for the Greek god of the sun.

Child protective services had opened a case on Helious. Brought to the hospital, he was thin and having trouble breathing. They were investigating his mother for neglect because Helios had in the past been seen underweight and dirty.

DCS held a meeting and decided that they would file a petition for in-home dependency so that Helious could be monitored closely. Afraid that she would lose custody for good, his mother strangled him with a length of tubing and then shot herself.