Details:
This girl, two months short of three years old, died weighing 9 pounds, with no food in her stomach. Although the girl’s doctors were worried about both cystic fibrosis and muscular dystrophy at her six-month checkup, her parents allegedly did not take her to the doctor until they found her dead.

Details:
Mandy’s uncle was in jail after a domestic dispute when her aunt called the police and reported Mandy missing. Shortly after that, police say, her uncle admitted to killing her, and her aunt led them to the place where they had buried her. The county sheriff told reporters that Mandy’s uncle had decided he “couldn’t handle her anymore” because of her disability.

Details:
Ranjeev’s brother-in-law killed Ranjeev, his sister Ragni Narayan, and her son Ravinesh Deo, before killing himself. Police say he was out on bail after being charged with rape. Ranjeev’s niece, a Year 6 student, managed to hide and survive the attack.

Details:
Maura’s body was found by the side of the road where she had died from exposure. When police questioned her niece, she reportedly admitted to dropping Maura at the side of the road because she was having incontinence issues and the Salvation Army shelter looked full.

Sources:
Police: Woman caretaker faces murder charge, didn’t notice aunt was missing for 4 days
Nevada Woman Charged With Murder After Allegedly Dumping 79-Year-OId Aunt on the Road at Night and Not Noticing She Was Missing Until 4 Days Later
Las Vegas Woman Charged With Murder After Elderly Aunt Found Dead On Side Of Road
Las Vegas caretaker accused of dumping elderly aunt’s body on the side of the road

Details:
William, who lived with his grandsons, was brought into the hospital with broken bones and malnutrition. His injuries were too severe to recover from, and made his kidney cancer impossible to treat. William died in hospice care. Before his death, he told authorities that his grandsons had been beating him. 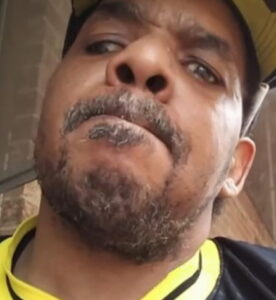 Details:
Police found Anthony shot to death in his apartment, and witnesses identified Anthony’s nephew leaving the apartment. The nephew’s ID and cell phone were found at the apartment.

Sources:
OKC Man Arrested In Connection To The Shooting Death Of His Disabled Uncle
OKC Man Arrested In Connection With The Shooting Death Of His Uncle Who Used A Wheelchair
Oklahoma City police still searching for suspects, identify man shot to death at apartment complex
Man In Wheelchair Shot, Killed In SW OKC
1 killed in apartment shooting in southwest Oklahoma City

Details:
Mark lived with his sister, who cared for him. Mark and his sister were both allegedly attacked and battered by his nephew; Mark died from massive head injuries, and his sister Kris was hospitalized in serious condition. 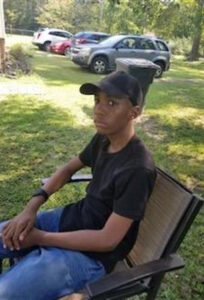 Details:
Jallen lived in Georgia, but he was visiting his cousin in New York City’s Upper West Side. An ambulance was called to the apartment; medics found Jallen unresponsive, his body battered, and brought him to the hospital where he was declared dead. His cousin–who had allegedly beaten him for interrupting him while he was watching TV–was arrested.

Case Status:
Mitcaux Booker (Cousin), charged with assault, endangering the welfare of an incompetent or physically disabled person, and acting in a manner injurious to a child.