Details: Katie’s mother deliberately starved her to death because she believed that Katie did not want to live.

Source:
Crown Will Not Lay Charges in Death of Katie Lynn Baker
People with Disabilities Outraged by Murders
Remembering…
History of euthanasia in CanadaTracy Latimer is dead because her father is a murderer 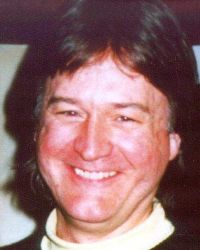 Details:
When Scott Dell was found dead, poisoned with antifreeze, his wife tried to call it a suicide. Scott was depressed, she claimed, because he was afraid of his cancer coming back. But her story fell apart. Witnesses testified that Scott had wanted to live and had hope for his future. The family cat had died from antifreeze poisoning. And Scott’s wife was the only person who could have given him the antifreeze-tainted wine that killed him.

Source: How sex, lies and antifreeze convicted the `Angel’ of death, Cherrylle Dell

Details:
Ryan’s mother took him to the garage and poisoned him and herself with exhaust fumes. He died only 19 days after the verdict in the Tracy Latimer murder trial.

Details:
Cecil was stabbed to death by his wife, who called it a mercy killing and said Cecil wanted to die. There was no proof that Cecil was suicidal or that he wanted to die.

Perpetrator: Jean Brush (Wife), pleaded guilty to manslaughter, given a suspended sentence and 18 months of probation.

Details:
Tracy’s father put her in his truck, connected the exhaust to the cab, and poisoned her with carbon monoxide.

Media coverage of Tracy’s death, which tended to support her killer, may have sparked several copycat crimes.

Details:
Layton Myers was killed by his daughter and her husband, who put a pillow over his face and smothered him.

Details:
James was shot to death by his father in a murder-suicide.

Source:
People with Disabilities Outraged by Murders
Remembering…
In Memory