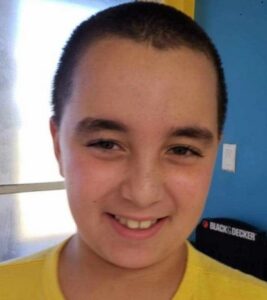 Details:
Alejandro’s mother allegedly tried to kill him by pushing him into a canal; but some passers-by saw the boy fall in and rescued him. Later that day, he was pushed into a different canal; this time, no one saw, and Alejandro drowned. Police say Alejandro’s mother tried to claim he had been kidnapped, but when witnesses reported the earlier murder attempt, she confessed to the lie.