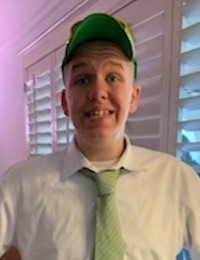 Details:
Brian’s brother called 911 to report that Brian had shot his father and then himself. First responders arrived to find Brian’s father, Patrick, dead and Brian severely injured. Brian would die at the hospital several days later. However, police investigated Brian’s brother’s story, found that it did not match the evidence, and arrested him for the double murder. At trial, the prosecution would prove that Brian’s brother had set up the killings to look like a murder-suicide in order to pin the blame on his autistic brother.

Brian and his father used to go on walks, and Brian would carry a walkie-talkie to keep in touch with his neighbor. A natural with computers, he created his own cartoon character and made his own films.