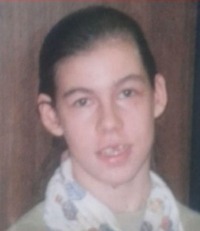 Details:
What happened to Brooke is unknown. All we know is that she was found dead, weighing only forty pounds, stuffed into a suitcase in her mother’s apartment, with amphetamine, marijuana, and oxycodone in her system. An autopsy did not find evidence of trauma, but most such evidence would no longer have been detectable because Brooke had been in the suitcase for several months.

Perpetrator: Possibly Bonnie MacBeth (mother). She may be guilty of neglect or only of hiding Brooke’s body, but she is not being charged.

Source: Woman in suitcase likely died of natural causes: ME