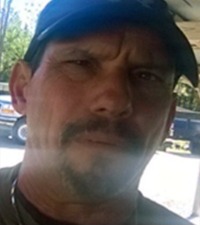 When his body was found, it became clear that Charles had been shot to death by his wife. She had sent the text messages to make it seem like he was still alive.