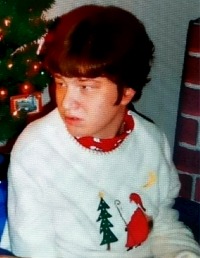 Details:
As a baby, Courtney was put up for adoption, but her first adoptive placement failed, and instead she had to live in an institution for people with developmental disabilities. At five, she was adopted.

Courtney was a fan of Sesame Street‘s Ernie. She liked going to school and using the computers there.

Courtney’s adoptive mother poisoned her with an overdose of drugs. She died in the hospital nine days later.

The case was used as precedent for the trial of the killers of Alex Spourdalakis, who were both sentenced to four years and released on time served.