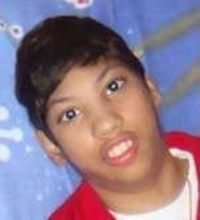 Details:
Cynara’s mother called emergency services, claiming that masked intruders had killed her daughter. In reality, she had smothered Cynara with a pillow and staged the home invasion to cover up the crime. Cynara was rushed to the hospital where she died two days later.

16-year-old Cynara was a recent immigrant from Trinidad to Canada. She had been in Canada only a month before her mother killed her.