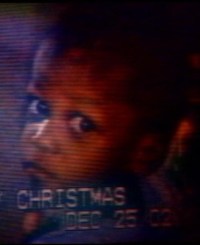 Details:
Deetrick died of head trauma that caused repeated seizures in the months before his death. His parents argued that, rather than being abused, Deetrick was a “drug baby” who had an intellectual disability. When Deetrick died, a judge ruled there wasn’t enough evidence for the case to go to trial. But ten years later, the case was re-opened and reexamined, and his father and stepmother were arrested.