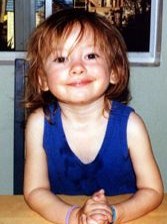 She was born to a mother who was HIV-positive and who didn’t believe that HIV causes AIDS. As a result, her mother breastfed her even though this increases the risk of passing on HIV to a baby. Eliza Jane wasn’t tested for HIV, nor was she given antiretroviral drugs, even though these could have saved her life.

She died at the age of three from pneumocystis pneumonia, an opportunistic infection associated with AIDS.