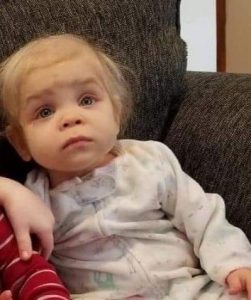 Details:
Emma was abused by her parents for most of her life. She died from a beating aged 2.

Perpetrator: George Bingaman (Father) and Destiny Bingaman (Mother), both charged with felony murder, first-degree child abuse, torture and two counts of child abuse in the presence of another child.