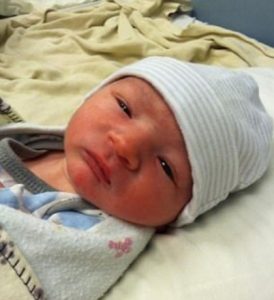 Details:
Gabriel’s birth parents were teenagers who decided to give him up for adoption. In an open adoption, they chose Rachel and Heidi McFarland to be Gabriel’s adoptive mothers. The McFarlands were there at Gabriel’s birth to cut the cord and take him home from the hospital. When they found out that Gabriel was deaf in one ear, they began learning sign language.

But Gabriel’s birth parents had never completely signed away their parental rights, and when Gabriel was a few months old, his birth mother decided not to go through with the adoption and took him back. Five weeks later, she left him alone with his birth father, who shook and beat Gabriel until he died from severe head injuries.