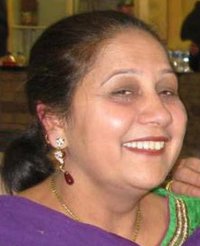 Details:
Jagtar was an immigrant from India to Canada, and she had met her husband as part of an arranged marriage.

But Jagtar’s husband had fallen in love with another woman; so the two conspired to get rid of Jagtar.

They saw their chance when Jagtar had just returned from hernia surgery and was weak and drugged from painkillers; this made her very vulnerable. So while her husband went to run errands with their daughter to establish an alibi, his girlfriend beat and stabbed Jagtar to death.