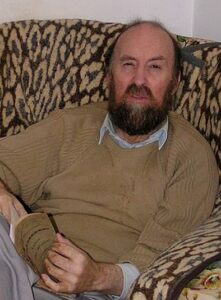 Details:
James lived with his elderly mother and a couple who cared for them. He and his mother owned a large property. After James’s mother died, his caregiver and her husband decided that they wanted the family’s money, so they forged a will that entitled them to an inheritance. Realizing that they couldn’t inherit until James was dead, they took advantage of his mental illness and tendency to self-neglect. They locked him in a single filthy room where he starved to death.