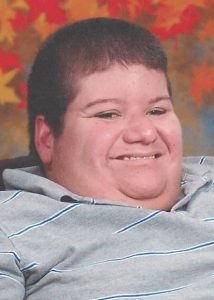 Details:
Jeffrey loved the outdoors and enjoyed sports. As a child he participated in bowling and wheelchair soccer and eventually began coaching sports. He also liked fishing and wildlife.

Jeffrey’s father and stepmother neglected him until he died from blood poisoning caused by infected bedsores.