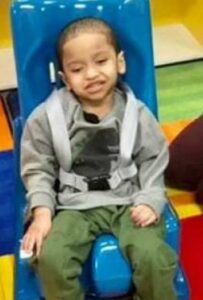 Details:
Josias’s body was found in the trunk of his mother’s car after she was arrested for neglecting his siblings, ages 2 and 6. His exact cause of death is unknown, but it is probable that he died from either malnutrition or from a fatal seizure (his mother reportedly admitted to not giving him his seizure medication). His body showed signs of malnutrition.

Case status:
Sagal Hussein (Mother), pleaded no contest to child neglect resulting in death, hiding the corpse of a child, two misdemeanor counts of neglecting a child, and obstruction; sentenced to 15 years in prison and 10 years probation.