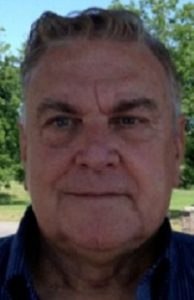 Details:
Kenneth was shot to death by his ex-wife as he lay asleep in bed. She tried to cover up the death as a suicide.

During trial, the defense claimed that Kenneth’s ex-wife had battered woman syndrome and was trying to protect herself when she shot Kenneth, whose mobility issues prevented him from getting out of bed.