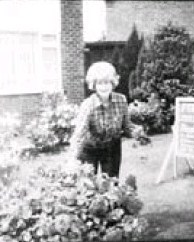 Details:
Lorna’s husband went to the hospital where she was staying and shot her and then himself in a murder-suicide.

Source:
History of euthanasia in Canada
Murder/Suicide Update
Elderly Murder-Suicides Indicate Desperation, not Compassion
Elderly couple shot to death at B.C. hospital
Such an ugly unnecessary way to die: Two old, failing lovers might choose to end it all rather than to live apart
Slaying of wife seen as act of compassion