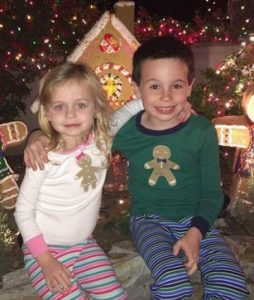 Details:
Luke was an adventurous boy who liked sports and played basketball, baseball, and soccer.

Bree wanted to be a NICU nurse like her mother. She liked learning about neonatal medicine and playing with her toy kitchen.

Luke and Bree were both shot to death by their father, who decided to end their lives before he committed suicide because he believed they would inherit his mental illness.