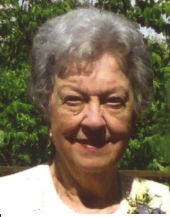 Details:
Marilyn’s husband took her to the park, where he shot her before killing himself. Friends said he might have done it because he didn’t want them to go to a nursing home.