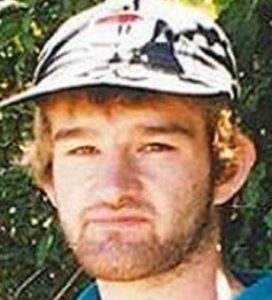 Details:
23-year-old Martin, grieving the death of his mother, arranged to stay with an aunt and some cousins. Then he disappeared.

Eight years later, one of his cousins, who had been collecting Martin’s disability payments, pulled out Martin’s skull and showed it to a friend. This was not reported, until a firearms raid found Martin’s bones in plain view in the fireplace of his home. His cousin was charged with murder.

Martin loved Bruce Springsteen’s music. He was proud uncle to a baby nephew and awaiting a second nephew when he died.