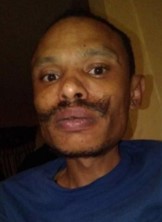 Details:
When they encountered Michael’s cousin, police say he was lying on the road in the middle of traffic and confessed to them that he had killed his cousin; when they searched his house, they found Michael’s wrapped body in a crawl space.

Michael’s caregiver says he was kind, caring, and often talked about how much he loved his family. “I know how he is, she says, “and how he would tell me, you gotta stay strong. Keep that smile on your face.”