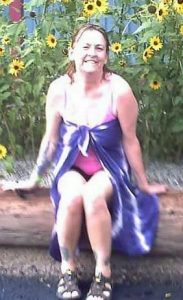 Details:
Nicole was a widow when she met her new boyfriend, but they broke up because he would not go to rehab. Her ex-boyfriend was arrested after a car accident while driving Nicole’s car, which he had stolen. Nicole herself was found stabbed to death at her house, and her ex-boyfriend admitted to killing her.