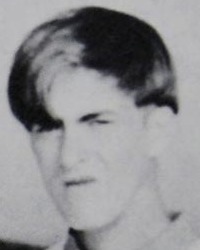 Details:
Patrick’s father, a dentist, was removing Patrick’s infected wisdom tooth. When his father had been trying and failing to remove the tooth for an hour, Patrick wanted to stop and leave. Instead, his father administered a total of two doses of Valium and three doses of morphine. This was far too much sedative for Patrick’s 129-pound body, and his father had neither a license to use sedatives nor the necessary monitoring equipment.

Even though a dental assistant pointed out, twice, that Patrick was having trouble breathing, Patrick’s father ignored the problem until Patrick stopped breathing entirely. Patrick’s father performed CPR, described by police as “half-hearted”–using so little pressure that it wouldn’t have been enough to honk a car horn, and without moving Patrick to a firm surface. Patrick was dead on arrival at the hospital.

Source: Dentistry so bad that police called it murder – but DA balked