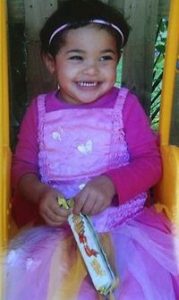 Details:
Tanila was abused by her stepfather. After a beating, it was obvious that Tanila had a head injury, but her mother, seeing how badly hurt Tanila was, did not call the ambulance because she figured it would be better if Tanila died than if she lived as “a vegetable”. Instead, she put Tanila in a pram, where the little girl took three days to die.

Source:
How a monster was able to kill little Tanilla Warrick-Deaves
Mum felt it ‘a bit late’ to save beaten Tanilla
Agonising abuse of tiny Tanilla: NSW court