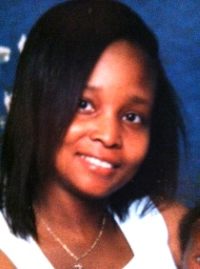 Details:
Tina and her six-year-old son Jeremy were murdered by her boyfriend. He tried to disguise it as a murder-suicide, telling police that she must have committed suicide because of financial difficulties from having to quit her job because of her disability. However, crime scene investigators gathered evidence that proved that Tina and her son had both been murdered by her boyfriend.