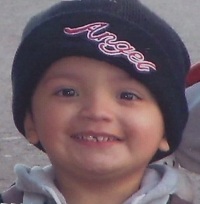 Details:
When Yonatan’s teachers reported that he was hungry, stealing food, and had come to school with a black eye, Yonatan’s mother decided to take him out of school. She told everyone she had sent him to Mexico to a special school. Instead, she locked him in the closet.

For three years before his death, Yonatan’s mother locked him up, abused him, and fed him very little. To keep him quiet, she sedated him with sleeping pills for so long that he developed pressure sores from not moving. Yonatan died of starvation, weighing 34 pounds.