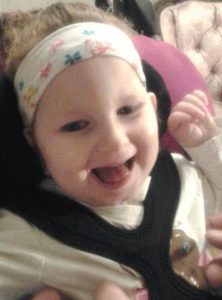 Details:
Adilynn died because her parents starved her to death. At five years old, the little girl weighed just under 17 pounds. She had six- and seven-year-old siblings who were forbidden to play with her. She died of malnutrition and pneumonia.