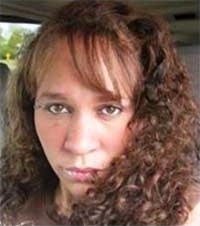 Barbara’s boyfriend beat her to death, hitting her so hard in the stomach that her liver ruptured.