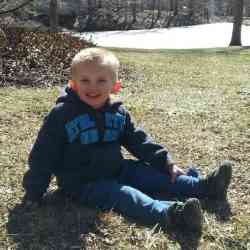 Details:
Brayson was poisoned and strangled by his mother and her boyfriend, who planned the murder together because they didn’t want to care for Brayson. They had already been physically abusing him for some time.

From his obituary: A loving, sweet, rambunctious boy, he offered hugs to all and saw no one as a stranger. His pride and joy was his F-150 Power Wheels. He loved the color pink. This special little guy was known to eagerly greet everyone and say, “Have a Nice Day.” Some favorite treats included pizza, spaghetti, hot dogs and all kinds of candy. Bray enjoyed cuddling and asked for backrubs saying, “Picky my back.”