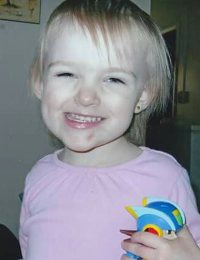 Details:
Brielle died of head trauma with more than 50 separate injuries on her body. She had been beaten to death by her mother who, on at least one occasion, complained to the police about her daughter’s “special needs”.

Only months before, Brielle’s mother and her boyfriend had been arrested for child abuse, but Brielle stayed in her mother’s custody anyway.