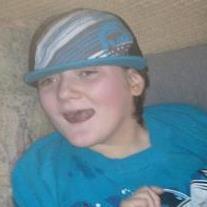 Details:
Camaron died because his parents severely neglected him, leaving him untended on his bed for days at a time, not giving him his medication, and leaving him alone with just his slightly older brother to care for him.

His brother, who was thirteen when Camaron died, survived their ordeal and testified at their parents’ trial.