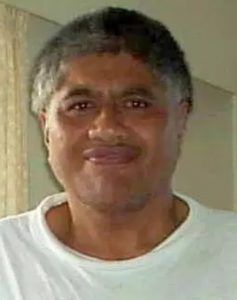 Details:
When Bruce’s mother died, he went to live with his brother and sister-in-law, who abused and neglected him. He shrank to 45.7 kilos and was hospitalized after entering a coma. After being stabilized, he was supposed to go to a rehabilitation facility; but his brother and sister-in-law refused this once they realized they would no longer receive money for caring for him; so he went back to live with them. They went right back to neglecting him, including denying him his regular medication.  Confined to bed because of malnutrition and unexplained injuries from blunt-force trauma that were likely caused by abuse, he was unable to get food for himself, and his caregivers ignored his cries for food and water. He died of a combination of head injury, pneumonia, bedsores, and starvation.