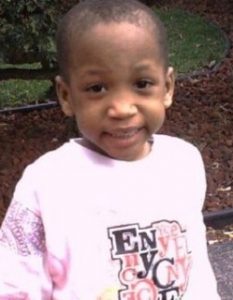 Details:
Davarion’s nephrotic syndrome, a kidney disease, should have been easily treatable with medication; but his mother neglected his medical care, often forgetting to give him medication and eventually taking him off medication entirely. He died of an infection related to his untreated nephrotic syndrome.