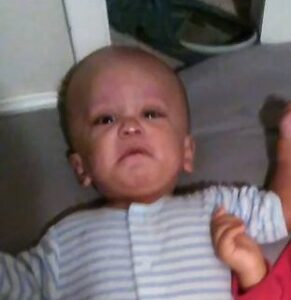 Details:
Desmond’s hydrocephalus went untreated even though his head was obviously bigger than it should have been. When he died, he had broken bones and head injuries and was malnourished.