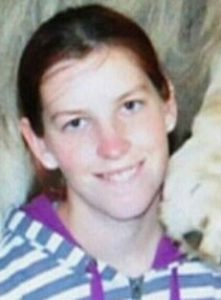 Details:
Erin was allegedly fatally poisoned with codeine by her mother, who staged her death as a suicide and collected life insurance. Five years later, Erin’s brother Jonathan would die the same way.

When Erin’s mother was finally arrested, Erin’s sister, also disabled and in her mother’s custody, was found in bad shape from having been repeatedly dosed with sedatives, and was rescued.

One thought on “Erin Crabtree”