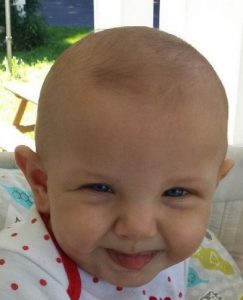 Details:
Ten-month-old Faith was killed by her father when he struck her head deliberately against the changing table. He and his wife waited a day before taking her to the hospital. She died of head injuries.