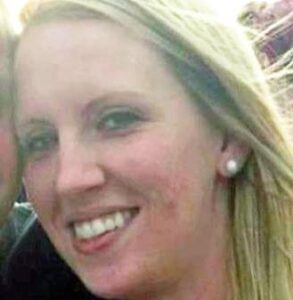 Details:
Rebecka and her husband were in the process of getting a divorce, and Rebecka was staying at her parents’ house. Her husband, a sheriff’s deputy, had filed a protective order against her, claiming that her bipolar disorder made her dangerous to her children.

Rebecka’s ex-husband broke into her parents’ home and shot her, then killed himself. Her two young daughters were in the house at the time; they are unhurt, and are now staying with family.

Rebecka was a hairstylist.