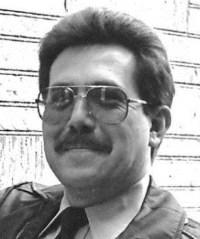 Details:
Henry went to the hospital for elective surgery to help with his back problems, but the surgery went badly and Henry went into cardiac arrest. He was resuscitated, but his brain had been injured from lack of oxygen.

Henry’s wife, who had worked as a nurse for forty years, first tried to kill him by getting the nurses to give him a medication that would have depressed his breathing, but they refused. Then she pressed the button on his patient-administered pain medication over and over, trying to poison him, but the device automatically limited itself to a safe dose. In the end she allegedly lay across his chest, pinched his nose, and suffocated him.

Henry Sochalski was a retired police officer. He loved riding his motorcycle.