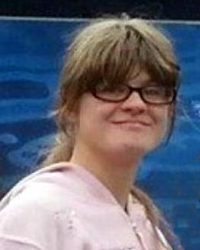 Details:
Holli told someone at school that she had been sexually abused and was pregnant, and named her stepfather as the person responsible. Holli had reported sexual abuse once before at age 10, but since then her mother, who knew about the abuse, had instructed her not to tell anyone about it because her abuser was financially supporting the family.

A week after she reported the abuse, Holli was found stabbed to death in her home; someone had removed her uterus, then set a fire to try to cover up the crime.

Holli loved pep rallies. She worked as an office aide at her school.