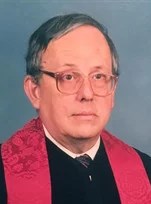 Details:
James’s stepson, who had financial power of attorney over him, took him out of the retirement home where he had lived since his stroke. To access his money, his stepson tied him to the bed and gagged him, refusing him medical care and beating him while he drained James’s bank account. James died from abuse and neglect.

James was a retired Methodist minister. He is remembered as “a man of God”, mentor to his community, kind and caring.