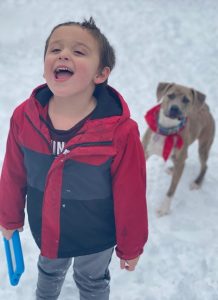 Details:
Jax’s father called 911, saying, “I’ve killed my son,” and claimed he had been hearing voices. He then described how he had beaten the boy to death with a baseball bat.

Jax used a tablet to communicate.