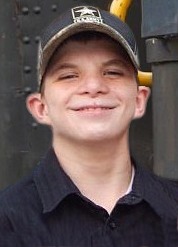 Details:
Jeffrey had been adopted when he was about nine or ten years old.

Jeffrey’s adoptive parents killed him because he was “becoming too much to handle”. Then they burned down their trailer to try to hide the evidence.

Jeffrey liked watching 3D movies. He liked cartoons and as a child he had worn the mustache from his Mario Halloween costume to school for a month. He liked trains and had a toy train set.