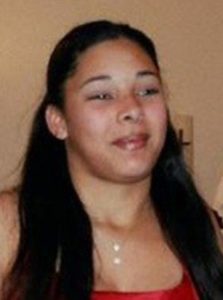 Details:
Jhalandia’s boyfriend was abusive and had already been charged with assault once for choking and punching her. He murdered Jhalandia by stabbing her to death.

Jhalandia was a US Army veteran who had served for six years and two tours of duty in Iraq. She had met her boyfriend while they were both being treated for PTSD at a military hospital.