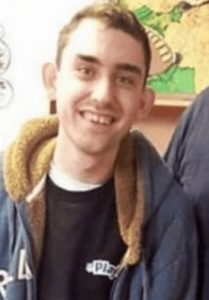 Details:
Joel took part in an Easter Seals day program. He played baseball on the Miracle League and was called “Home Run Joel” for his love of the sport.

Joel lived in a group home most of the week, but visited his grandmother on the weekends. His family called him “Bubby”. Although his grandmother told police she thought no one would care for him after she died, Joel’s mother and sister both say they were perfectly willing to step in; in fact, his sister was visiting when he died. Had that failed, Joel had state funding set aside to ensure his care continued if his grandmother died.

Joel’s grandmother allegedly killed him with an overdose of medication.